Section of property of a spouse during divorce in Ukraine 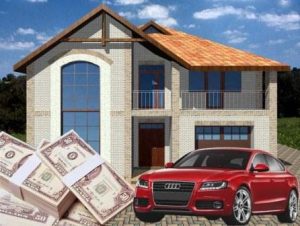 Unfortunately, in our time such a phenomenon as divorce through the court becomes a social norm for our society. In this regard, the spouses have many legal issues, and one of them “how to share the property together”? The law firm “Yevsiutin & Partners” is ready to express its opinion on this subject.

Section of property and personal property of spouses

As judicial practice shows, to recognize the right of ownership of the personal property of a spouse or a spouse to property purchased by them during the marriage, but for the money of one of the spouses who belonged to him personally, can be in court. To prove these facts, there will be two components. First, it is money owned by a husband or wife prior to marriage or acquired by giving them a gift or inheritance. Secondly, when purchasing property in the contract of sale was indicated, the cost, which is proportional to the amount of the contract of donation or inheritance. Thus, this is evidence that this property was bought by a spouse or a spouse at his own expense.

It is also necessary to draw attention to the fact that the personal property of the spouses of Art. 57 of the Family Code of Ukraine include things of individual use, such as prizes, rewards received by a husband or wife for merits, including jewels, even if they were acquired at the expense of the common funds of the spouses, and this list is not exhaustive.

Section of property in divorce and common property of the spouses

Now let’s look at the joint joint property of the spouses, and how the division of property will take place in divorce. According to Art. 60 of the Family Code of Ukraine, property acquired during a marriage belongs to a spouse and a spouse on the right of joint ownership, regardless of what one of them did not have for a valid reason (education, household, child care, self-employment). From the above rule one can conclude that regardless of whether the husband or wife worked when it was purchased, for example, real estate, it is considered as a joint property of the spouses, and thus, the property section of the spouses will occur in equal shares.

However, it should be noted that there are exceptions. According to Art. 62 of the Family Code of Ukraine, if the property of a wife, husband during the marriage significantly increased in value due to the joint labor or monetary costs or expenses of the other spouse, it in the event of a dispute can be recognized by the court decision as the object of the joint property rights of the spouses. For example, if a man had a private home before his marriage, and in the marriage, through joint efforts of the husband and wife, the house increased significantly (from one storey to two floors), then, on the basis of a court decision, the private house of a man is recognized as a joint property of the same, and in this case divorce division of property will be in equal shares.

In some cases, when dividing a property you can increase its share

Also Article 70 of the Family Code of Ukraine stipulates that by the court decision the share of the property of the wife, the husband may be increased if she or her children live with him, as well as a disabled full son, daughter, provided that the amount of maintenance they receive is not sufficient for ensuring their physical, spiritual development and treatment.

In other words, if after the divorce the children live with their spouses and the child support is not enough (say, the court has set a minimum alimony of 30% of the minimum subsistence minimum), or there is an arrears of alimony, then based on the division of property, the court’s decision on the share of the wife may be increased.

Property section after divorce and limitation

After divorce, if you have a joint property, then it is better not to waste time and deal with the issue of its distribution. Since after the expiry of the limitation period of three years, you can not file a lawsuit to the court on the division of property, you can not, and the property will remain in the ownership of the husband or wife, depending on who issued the ownership. In this case, it is possible to file a lawsuit only after the expiry of the limitation period.

IMMIGRATION TO UKRAINE – OUR SPECIALIZATION

We also organize a set of measures to ensure the safety and protection of foreigners in Ukraine.