Increase in investments in Ukraine

Immigration-come-Ukraine Posted on October 16, 2021 Posted in About Ukraine, Investments in Ukraine 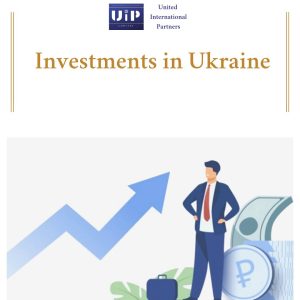 As we already wrote, Ukraine is a very interesting and exciting country for investment, because despite the political situation, the investor was in no hurry to withdraw their assets, and with the onset of a calm political situation, they invested even more, this is confirmed by economists, politicians, as well as figures. but as we know the numbers do not lie.

Foreign direct investment in Ukraine in the first half of 2021 amounted to $ 2.83 billion. This was announced by Prime Minister Denis Shmygal. Of this, $ 2.33 billion came from the countries of the European Union. Investment growth in the first half of the year – at a record level over the past 4 years – said the head of government.

Denis Shmigal expressed hope that the additional incentives for entrepreneurs introduced this year will contribute to the growth of investment activity. At the same time, according to Shmygal, the export of Ukrainian products continues to grow. In September, it increased by 38% and in 9 months amounted to $ 48.5 billion, which is 13.4 billion more than last year. “To increase our exports, we are actively working on obtaining” industrial visa-free “with the EU, as well as on several agreements on a free trade zone,” the Prime Minister stressed. He also said that in August, the Basic Industries Manufacturing Index (IBPI) rose 6.4% y / y, which is significantly higher than in July (2.3%). This Index includes information on the main sectors of the economy and demonstrates the positive aspects of its dynamics. “Better recovery in economic activity was due to growth in agriculture (+ 25% YoY), strong consumer demand and growth in retail trade (+ 10% YoY), increased investment, as well as growth in the construction sector and some important industries (metallurgy , mechanical engineering).

An important aspect also remains the growth of wages (+ 22% y / y in nominal terms and + 11% y / y in real terms), “the head of the Cabinet of Ministers said. compared to August last year. “Such an increase is taking place in the group of residential buildings, and in the group of engineering structures (roads, communications, industrial facilities). State investments in the industry give an additional impetus to further growth “, – said Shmygal

In addition to the reports of the head of government and the statistics that experts study, we can only confirm this in practice, because more and more people have begun to contact us to scale up their export-related business. If earlier many were interested in exporting sunflower oil from Ukraine, now the situation is gradually changing, and businessmen are considering other products for profit, such as apples, raw materials of various types and much more.

If you are thinking about your own business in Ukraine, you can contact us and our specialists will calculate the approximate cost, make a business plan, and also help bring everything to life.