Immigration-come-Ukraine Posted on December 25, 2021 Posted in About Ukraine 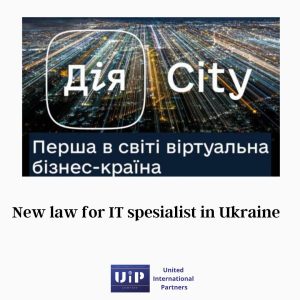 WILL BE A RECORD According to the NBU, in January – October 2021, the export of goods from Ukraine increased by 39% compared to the same period last year and amounted to more than $ 50 billion.

Food products account for about 41% of all Ukrainian exports. Another 25% is metal and 14% is iron ore.

The share of export of engineering products is only 6%. For Ukraine, this is enough, because now there is more demand for goods in the world than for smartphones.

The majority of the population, due to the economic situation in the world, postponed expensive purchases for the future, and primarily buy food, thereby increasing the amount of exports from Ukraine, because Ukraine is an agricultural state. The statistics say the same.

For ten months of this year, Ukraine’s exports to the United States increased by 60%.

The EU share in the total export volume of Ukraine is 38%. What is a significant share because products from all over the world are brought to Europe and internal trade between European countries is very developed due to the reduced tax.

Although China remains the main buyer of Ukrainian exports. Poland is in second place, Germany is in third, and Russia is no longer in fourth place. Now the share of Russia in Ukraine’s exports is only 4.5%, up to 2013 it was almost 20%.

This is only data on the export of goods. And then there is the EXPORT OF SERVICES. For 10 months of 2021, Ukraine received $ 14 billion in foreign exchange earnings from the export of services. this is $ 2 billion more than last year, 2020. At the same time, due to the export of IT services, Ukraine earned about $ 5 billion, from GTS services only $ 1.4 billion.

And the most important thing. IT services are beginning to develop very actively in Ukraine. Recently, the Verkhovna Rada of Ukraine adopted the law “DIA CITY”, which defines a grace period for foreign IT companies – 25 years. This means that for 25 years the business will pay a reduced tax rate or not pay it at all, and thus the company’s profit will increase, which is also facilitated by the good training of Ukrainian specialists and the rather low cost of their labor.

For 10 months of 2021, Ukraine received only through official channels about $ 12 billion from Ukrainian guest workers, which is 23% more than last year.

This means that most of the money from abroad Ukraine receives thanks to Ukrainian migrants who earn money in the European Union in America and Asian countries, including China. At the same time, migrants from other countries come to Ukraine and live here, also spending money in Ukraine. Thus, thanks to migrants, Ukraine has the largest inflow of foreign currency into the country.

And according to unofficial data, this size is two, maybe three times more. That is, $ 24 or even $ 36 billion.

Only in October of this year Poland employed a record number of foreigners, most of them – Ukrainians 636 thousand citizens. This is 23.8% more than 2 years ago, when there was still no pandemic. Calculations were made by the number of paid insurance premiums.

The leaders of the countries among the migrant workers from Ukraine are Germany, Poland and the Czech Republic.

The labor of Ukrainian workers is appreciated all over the world because of its quality and inexpensive cost.

Tagged with: export, it law, it spesialist, Ukraine