Immigration-come-Ukraine Posted on February 22, 2016 Posted in Divorce No Comments

A formal procedure for the dissolution of marriage is called a simple divorce, but this is the only simplification that can be tolerated in this case.

The law of Ukraine defines the grounds for termination of marriage, namely: 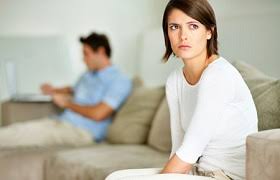 Let’s consider two main ways to get a divorce.

The first is to submit voluntary statement to the Body of state registration of acts of civil status (registry office). The second – to file a lawsuit at the place of residence of one of the spouses. Regarding the preparation of the application or claim, you can always get advice from our experts.

Each of them has its own characteristics and limitations, and what method should be chosen is decided separately in each case by the spouses or one of them.

What is important to know

First, let’s look at a few things that are important to know before you decide to apply or file a divorce claim:

First, in the civil registry or court should declare the desire to terminate the marriage.

Secondly, the first priority for the state is to preserve the social unit. Therefore, in Rags you will be given 1 month for possible reconciliation. With regard to the judicial process, under the law in force, the court has the right to decide on divorce no earlier than 30 days after the filing of the claim. Before the expiry of this period, the plaintiff may withdraw his application and the process will automatically stop. Moreover, directly in the course of hearings, either party may apply for a conciliation period and the judge must approve it.

Third, divorce does not necessarily take a long litigation, in relation to the joint children and property. These issues can be resolved by entering into a contract, or put in a separate trial. The fact that the divorce in court to get relatively quickly, but a trial about custody or division joint ownership can last much longer.

Fourthly, the spouses have the right to retain the surname to which they entered into the marriage. In the event of divorce, you are not required to change your passport again and your former significant other can not put forward such requirements. What surname to use-a private matter of each citizen.

Fifth, the UK prohibits filing for divorce if the wife is pregnant or the family has a child under 1 year. But this rule does not apply if there are good reasons, they can be a threat to the life and health of the mother and child, or if it is proved that the husband is not the biological father of the child.

Sixthly, there is a procedure for invalidating divorce. If it is established that the spouses have continued to live together as a civil family after the registration of divorce, it can be restored. These provisions are specifically spelled out in the UK to deal with fraud cases. Fictitious divorces can be used to hide income and property, as well as to obtain illegal material assistance from the state.

The procedure for dissolution of marriage in the civil Registry.

By agreement of the parties

Now proceed directly to the dissolution of marriage. Childless families have the right to draw up and submit an application for divorce to rags.

The application is submitted jointly or only by one spouse, if the second has a good reason for absence. Then the applicant must provide a notarized document on behalf of the other spouse that he/she agrees to the official termination of the marriage.

After that, the rags will offer you time to reconciliation within one calendar month. At this time, any of the applicants has the right to change their decision and withdraw the application for divorce. If the spouses do not change their mind at the end of the statutory period, the divorce act shall be drawn up. The divorce is recorded in the personal presence of the husband and wife, they must re-confirm their intention when the authorized employee of the registry office.

Divorce will be arranged regardless of whether there is an open dispute between them over the division of joint property.

Making divorce a civil Registry office is carried out on the basis of the statement of one of spouses if the second is subject to the following special cases:

1. recognized missing missing, such a decision can take the court;
2. declared incapacitated, for example due to mental illness, alcohol or drug dependence.
Both private cases involve divorce irrespective of the existence of a property dispute, in which case it may take place between the spouse who filed the application and the relatives or the authorized representative of the other spouse.
The logical conclusion of this procedure will be to obtain a certificate of termination of marriage. You will receive it directly in the Rass.

How is dissolution of marriage through court

As noted above, families with children under the age of majority, and spouses, not giving mutual consent for divorce, have the right to terminate the marriage only by a court decision.

If the husband and wife agree that the experience of family life was unsuccessful, they must file a lawsuit and attach to it a contract on the further maintenance of children. This contract will specify with whom the child will remain, and how the second parent will participate in his / her upbringing and further life. It is also possible to make points concerning the payment of alimony. For the preparation of such a document is recommended to involve an experienced lawyer or family lawyer, so you guarantee the protection of their interests. If the parties cannot reach a compromise on these matters, it makes sense to bring them into a separate case to expedite the divorce itself. The court will take into account all filed documents and proceed to the consideration of the case no earlier than a month. If the spouses do not give up the idea of divorce within the 30 days allowed for reconciliation and confirm their desire in court, a decision will be made. The verdict of the court is an official legal document certifying the fact of termination of marriage, and to obtain a separate certificate in the Rags is not necessary.

If your significant other does not want to give you a divorce, then a claim is submitted unilaterally to the competent court at the place of actual residence of the husband/wife. This point is very important, because if the second spouse does not receive the summons, the hearing will be postponed. Additionally, it is possible to petition for the establishment of a regime of separation. On the basis of it, the spouses will be obliged to live separately during the trial, while the property acquired during this period will not be subject to the right of joint ownership. Also, you do not have to personally attend the meeting, it can make your lawyer. I. e., get a divorce through court can be at all nor never not met with its former (the former). The speed of the decision in this case will depend on the evidence provided by you, as well as on the actions of the defendant.

The most difficult cases are cases in which the defendant not only opposes the termination of the marriage, but also in every possible way evades the trial. He can ignore the summons, to skip sessions to leave the country, requests for continuances, etc. Such obstacles can be overcome, but will need professional legal support.