Liudmila Sokolovskaya Posted on March 30, 2021 Posted in About Ukraine 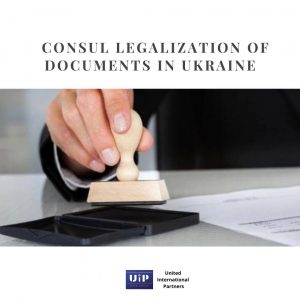 When it comes to planned migration to Ukraine, starting a business in our country, studying or simply implementing certain legal actions on the territory of the Ukrainian state, the question of legalizing foreign documents here arises. Despite the modern level of technology development, the ease of access to any information, including private legal, certain difficulties often arise in the procedure for the legalization of foreign documents, requiring effort, time and money.
In this article, we will explain how to properly legalize foreign documents in Ukraine, reveal all the nuances and tell you some life hacks.

The procedure for legalizing foreign documents for legal use in Ukraine usually follows one of two scenarios:

1) Documents can be certified between member states of the Hague Convention using a simplified process known as document apostilization.
In the past, authenticating documents for use in foreign countries was much more difficult than it is today. The provisions of the 1961 Hague Convention No. 12 on the “Abolition of the Requirement for Legalization of Foreign Public Documents” have successfully eliminated most of these difficulties, at least in the countries where it is applied.
There is a special process for affixing an apostille to a document: the competent authority in the country of origin affixes its seal to the document (or its certified copy) or affixes it on a separate sheet (called allonge). After the document is apostilled, it can be used in a foreign jurisdiction.
Note that it will be necessary to translate the apostilled document into Ukrainian and notarize it.
However, it is worth noting that in order to accept the apostille, a document must be issued in one member state of the Hague Convention for use in another member state of the Hague Convention.

To affix an apostille to the Ministry of Foreign Affairs of Ukraine, the applicant must submit:
• applicant’s passport;
• original document, which is subject to apostille certification;
• a document of a banking institution confirming payment for services for affixing an apostille.

Not subject to consular legalization:
• documents and acts that contradict the legislation of Ukraine or may in their content harm the interests of Ukraine, or contain information discrediting the honor and dignity of citizens;
• originals, copies and photocopies of passports, military cards, work books, documents of the nature of correspondence, permits to carry weapons, certificates of registration of vehicles (technical passports), driver’s license, identity card, regulatory legal acts and explanations on their use ;
• documents issued by bodies and officials in excess of their powers.

We add that there is a list of countries that do not require a document legalization procedure at all. And there are several reasons for this:

For citizens of these states who want to legally use documents on the territory of Ukraine, you just need to translate this document into Ukrainian and make a notarization.